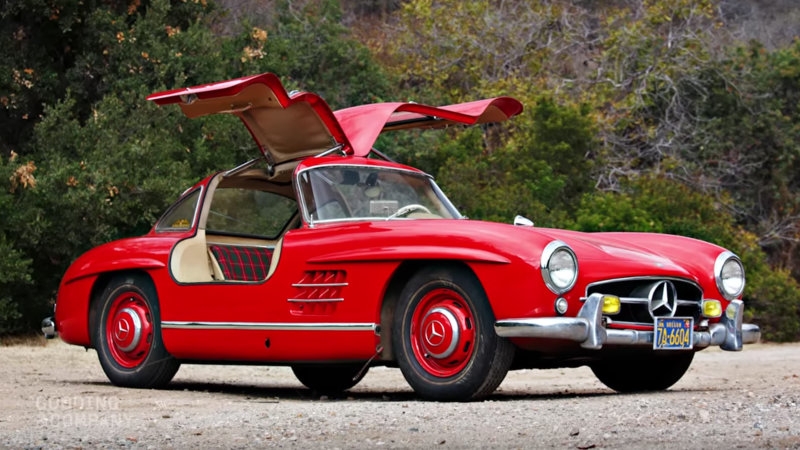 The small aircraft hangar where Sigurd Nygren kept three old planes and his red sports car with the gullwing doors hadnâ€™t been opened for many years.

We know that every car enthusiast dreams of tracking down a barn find and restoring it. These cars often come with unanswered questions – why where they stashed? In the case of this 1955 Mercedes-Benz 300SL Gullwing coupe, the Mercedes Benz Club of America has answers. 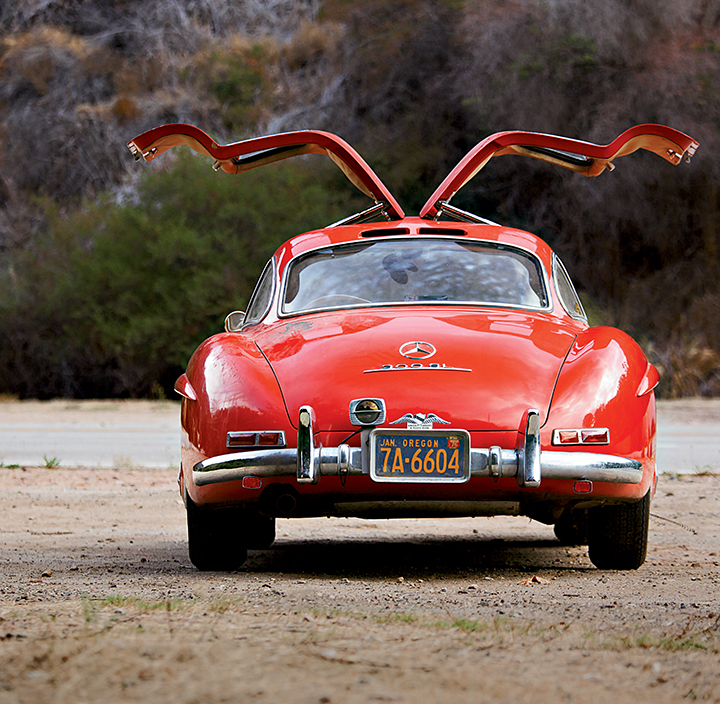 In the club's article about the car, it is revealed this particular example is a rare, one-owner machine. Its caretaker was a man by the name of Sigurd Nygren. According to the club's story, when he saw the 300SL, he knew he had to have one because "he wanted something as close as possible to the aircraft he enjoyed flying; he wanted to purchase one of the ultralight alloy-bodied versions he had read about in the car magazines." It wasn't the only time planes and cars crossed for him. He also had the opportunity to fly a Taylor Aerocar. He ordered it with red paint and a matching plaid interior, as well as available aerodynamic belly pans. He also added some aircraft inspired details such as an altimeter and chronometer, among other things. He clearly cared for the car, too, because although he eventually put it away in his hangar in 1976, he reportedly still ran it up until about 15 years ago, and also stored it under waterproof covers. 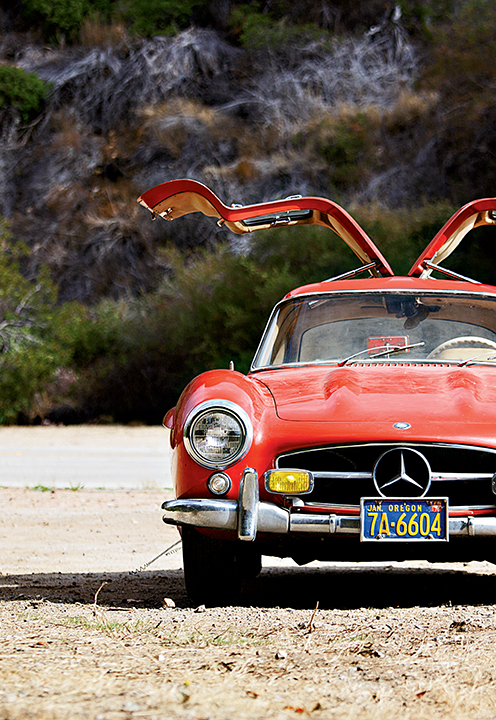 The car, which survived in excellent condition, will be sold at Gooding & Company's Scottsdale auction. In case you're interested, the auction starts on January 20th, but you'll need to write a large check. The auction house is expecting it to bring in $900,000 to $1,000,000.